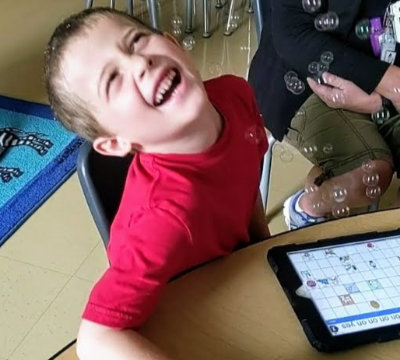 For SLP Sarah Singleton, Braiden's progress with AAC has been nothing short of "Full Speed Ahead!"

As she tells it:

Braiden came to our school as an incoming kindergartener. When I first met Braiden in October 2019, his parents started our meeting by warning us about all of the behaviors we might see.

They described a little boy who was aggressive: Who would grab, pinch, scratch others when upset, a little boy who would scream at you and come after you when angry. They worried that he would attack his peers and described him as being very unpredictable.

They said that he had a helmet that they used when he got really bad so that he couldn't hit his head or scratch his head and face as easily.

At that time Braiden was able to communicate using the following signs: 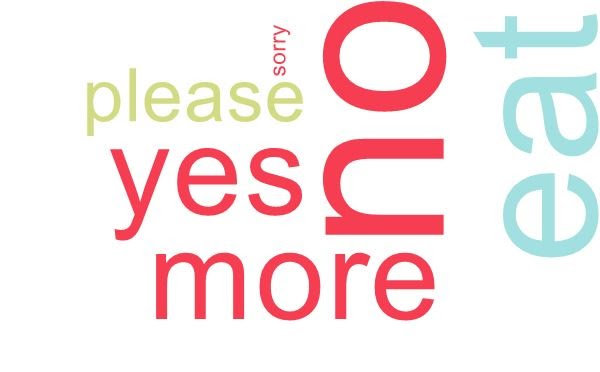 When we met, you could quickly tell that Braiden had a TON of communicative intent, with functions well beyond those that he was able to communicate with his limited sign inventory.

We quickly introduced him to the LAMP Words for Life iOS app, using the full/sequenced vocabulary set and used Vocabulary Builder to mask most of the field. We left access to "go, stop, more, help, eat, drink, turn, play, yes, no" at first; Braiden quickly picked up on the motor plan and function of these words and began to use them in many different activities and contexts.

We gradually began to unmask new words during activities and his vocabulary set grew rapidly. We also gave him access to the full keyboard early on and quickly realized that he could read/spell.

We turned off vocabulary builder for good mid-December and Braiden readily explored the overlay. He began using novel words that he had discovered on his own to comment and respond to questions.

By the end of January Braiden was able to request, protest, comment and respond to questions using his device; he began to combine words into 2 word phrases spontaneously, and could expand to 3 or more words with support.

He began using similar words if he could not find the word he was looking for such as "piepie" for "porcupine," "think you" for "thank you", "orange grape" for "cherry tomato."

Braiden also started spontaneously using the word finder tool to find the location of words he was unfamiliar with and taught himself the sequences for new words. By February, Braiden began revising his messages to include correct verb tense markers and plurality, and in March started to call friends and staff by name by spelling their names.

Now Braiden uses the full-sequenced vocabulary without any assistance, and communicates his messages to others using a combination of spelling and icon sequences. Examples of this include the following:

Expressing Himself with LAMP Words for Life

According to Braiden's mom, LAMP Words for Life has allowed him to really express himself: His likes, his dislikes and more:

"Ever since Braiden learned how to use his communication device he has told me things that I don't think he was ever able to express before," said Braiden's mom. "He tells me exactly what TV shows he wants to watch. He tells me he wants to go shopping in the minivan and to buy particular books that he wants. Instead of me just making him something to eat, he tells me what he wants, which is completely awesome because he does know in his mind what he wants and needs. Now he can communicate instead of pointing at me and screaming or what not.

"We had tried many different methods for him; nothing ever seemed to work or click. This program has seemed to be the easiest for him and most effective. I was very surprised on how fast he picked it up and he seems to get pretty excited when he learns a new word. I'm just truly blessed that he has a consistent form of communication. Truly does make his life and our families a lot easier." 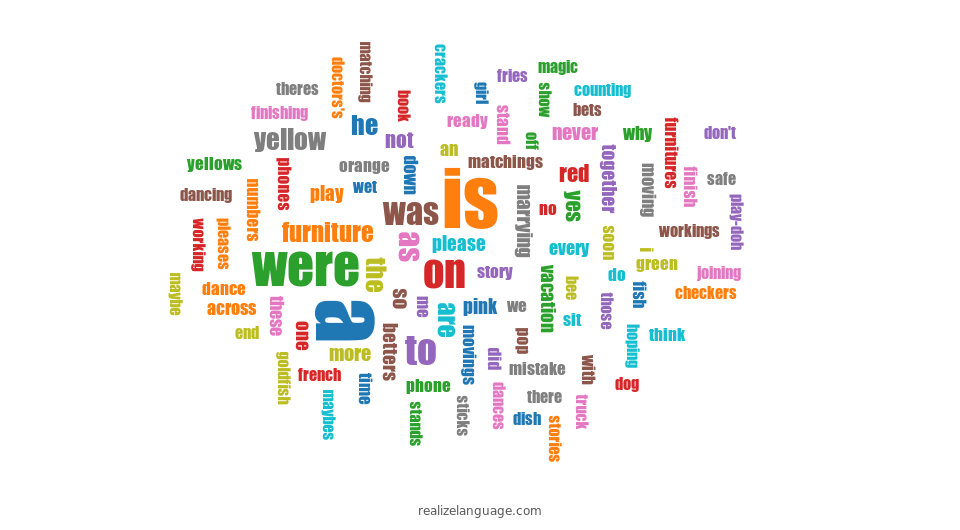 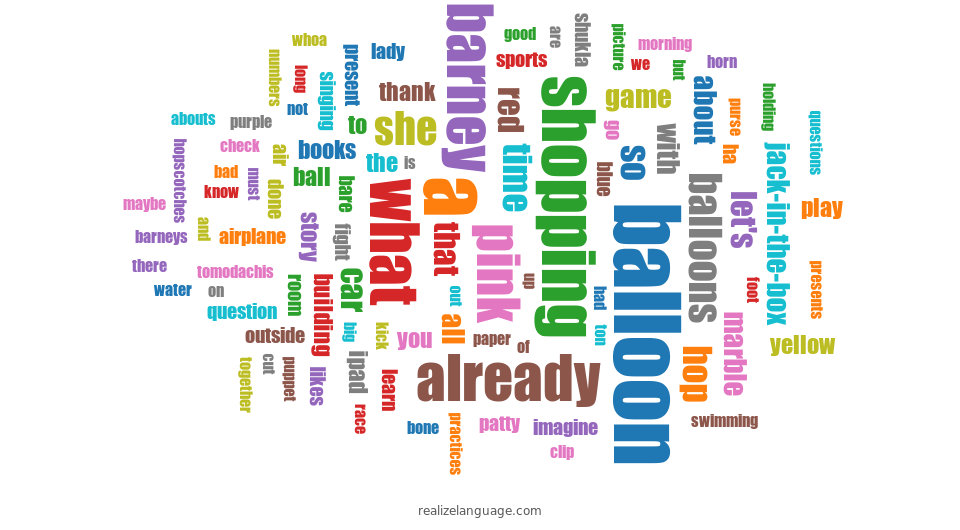 Since using LAMP Braiden's behavior has significantly improved; he now is able to participate in activities, he much more flexible and easy going, he is regulated and – most importantly – he is happy!!

He smiles all of the time and it has been so great to get to know him. We couldn't see that part of him before because he was very angry and only knew one way to communicate with others; now he can tell you how he feels, what he is thinking about…he is amazing. I feel so blessed to have the opportunity to work with him and see him grow!