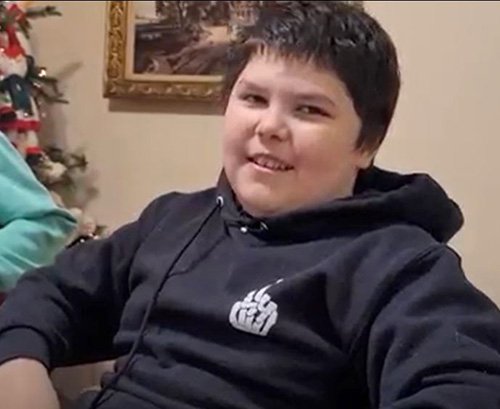 Making The SGD Journey More Successful For Our Kids

As a clinician, my heart goes out to the parents of my patients who are nonverbal. After 26 years as a speech pathologist who's worked with dozens of children at various ages and abilities, I have witnessed it all. I have had patients who were verbal within six months after receiving a speech-generating device (SGD), and I have patients who I have seen for over 10 years who are just becoming verbal.

I chose to specialize in augmentative and alternative communication (AAC) most of those 26 years because it seemed that nobody wanted to work with the nonverbal patients when I began practicing. I think that clinicians just didn't know how to work with them. I've learned a lot over the years, and recognize that implementing some strategies – even if they work well for one child – may not work for everyone. I've also discovered that trying something new often leads to a breakthrough.

Let me share some of the mistakes I made as a clinician, and the lessons I learned from my clients and their families.

MISTAKE #1: Believing that the technology is too overwhelming.

We tend to limit these kids because of our own limitations, but we have to remember that they've grown up on technology – they can handle it!

Client Example:“At just two years old, Nicholas was one of the most severe cases this clinician has ever seen. He was not aware of the clinician or even his own mother being in the room. By age four, he received a speech-generating device (SGD) but did not respond with the enthusiasm of most children. He preferred to be left alone and saw no need for communication. Still, we persisted, and after nine years of using the device, Nicholas is becoming verbal and can produce nearly all speech sounds!”

I often hear parents say “they are just playing on it.” I get it! It can be frustrating to hear the same word or sound repeated over and over. But that's completely fine. In fact, every time they hit a button, they are learning. This is why having all of the icons visible is helpful and why I now place all of my patients on Full Vocabulary very quickly after we begin treatment (almost immediately).

The available vocabulary needs to be large enough to communicate wants and needs, and needs to be accessed with the least number of keystrokes. Therefore, the more icons on a screen, the better.

Client Example: “Kamren is a sensory seeker who received his SGD at approximately four years of age. He was enthusiastic about his device and desired communication as well as interaction with peers. Though he exhibited more frequent fits or meltdowns initially, his behavioral issues have decreased significantly during the sessions. Now age 11, with all the icons visible on his screen, Kamren has progressed and is becoming verbal.”

We firmly believe that every individual deserves access to a language system that allows for unlimited potential. While the pace of reaching that potential is different for everyone, I've come to realize that by hiding keys or icons, we’re actually limiting their ability to respond. If a child only has a few words, he will get bored. That's when the communication will not be rewarding.

LAMP Words for Life® includes thousands of words that allow for independent complex communication. The 3 Vocabulary Levels give learners the ability to grow their vocabulary with consistent motor plans:

Once the user learns where something is, it does not change. This helps build confidence and makes communication more exciting.

Client Example: “Makayla was just three and a half years old when her parents sought out a clinician wanting someone who worked with SGDs. We began working with LAMP™ immediately on the iPad. She started on the device by age four and was producing sentences within six months! Now she's reading above age-level books and becoming verbal despite severe speech apraxia.”

MISTAKE #4: Not following the child's lead.

It sounds logical for us to come into a session with specific words for the child to learn. However, set drills and compliance-based activities will not yield the same kind of engagement that personally motivated activities will. When we follow their lead, we determine what vocabulary to introduce by matching their desire to communicate. Simply put: play what the child wants to play and find a word that goes with that activity. This is another reason not to hide icons, but to have all words at our disposal.

Client Example: “Jackson exhibits signs of Autism, though his doctor’s have been unable to diagnose him with certainty. He received his SGD at age five and was completely verbal within a year. I learned to follow his lead, even though he broke a few of the rules! For example, he spelled words frequently instead of using the icons. I would often demonstrate the motor plan, but I did not force him to do it my way. Treatment does not have to be perfect, just fun. He was amazing on the device and no longer needs it. Jackson is now 20 and we’re working on pragmatic (social) skills.”

Don't make the device feel like work. We want the device to always be accessible to the child, but the child is not required to use it nonstop during a session. Even five quality minutes are invaluable.

To avoid making it feel like work, show the child how it helps them. If they are upset, show them a word that gets what they want. I tell parents to have the device available to the child at home, but that they don’t have to use it if they understand what the child is communicating without it. For example, if parents understand what the child is pointing to, that’s fine because communication has occurred. However, use the device if the child is upset and parents do not know what he wants. The whole point is to help a family – not create more work.

Client Example: “Brody is a fighter who suffered a five-minute seizure at age one. He uses a feeding tube and is unable to walk, but produces three- to four-word sentences on his SGD. He continues to work on speech intelligibility, but can be understood by unfamiliar listeners and only utilizes his device at home when his parents are unable to understand his speech.”

MISTAKE #6: Fixing mistakes instead of working through them.

Mistakes are the BEST! When a child mishits, I’ve learned to respond to the mishit first as it teaches them to self-correct. We all have to do it sometimes when we say things that need clarification. This is no different.

If the child wants to "play" but he hits "read," get a book. He will either read the book and learn that he gets a book when he says "read,” or he will realize that he needs to hit the right word to get what he wants. If he is happy with reading, read for a minute. Then give the option of reading or playing a few minutes later. If he gets upset when you bring out the book, say "Did you mean ‘play?’" Model what he wants. When he hits "play," you play.

Client Example: Watch Kamren and his teacher work through a mishit together.

Building communication skills is not a sprint – it’s a marathon. We must be patient, and this means we should be excited about tiny victories instead of expecting only big wins. STAY THE COURSE!

Whether you’re a clinician or a parent, it’s helpful to manage your own expectations and remember that every child is different and will progress at their own pace. They will utilize and respond to the device differently and they will be motivated differently. It's okay if the child does not have overnight success – we’re not doing anything wrong as a clinician or a parent. When you know this going in, you're more likely to be patient and appreciate any and all progress.

Client Example: “I currently have three patients on my small caseload who have been with me for approximately 10 years: Nicholas, Kamren, and Makayla. All three are becoming verbal (at varying levels). More importantly, all three scored within functional limits in receptive language within the past year. Translation: Give them time! Most of all, I want you to know that there is hope!”

In the words of Henry Ford: "The only real mistake is the one from which we learn nothing."

Previous
What is LAMP?
In The News
LAMP Training